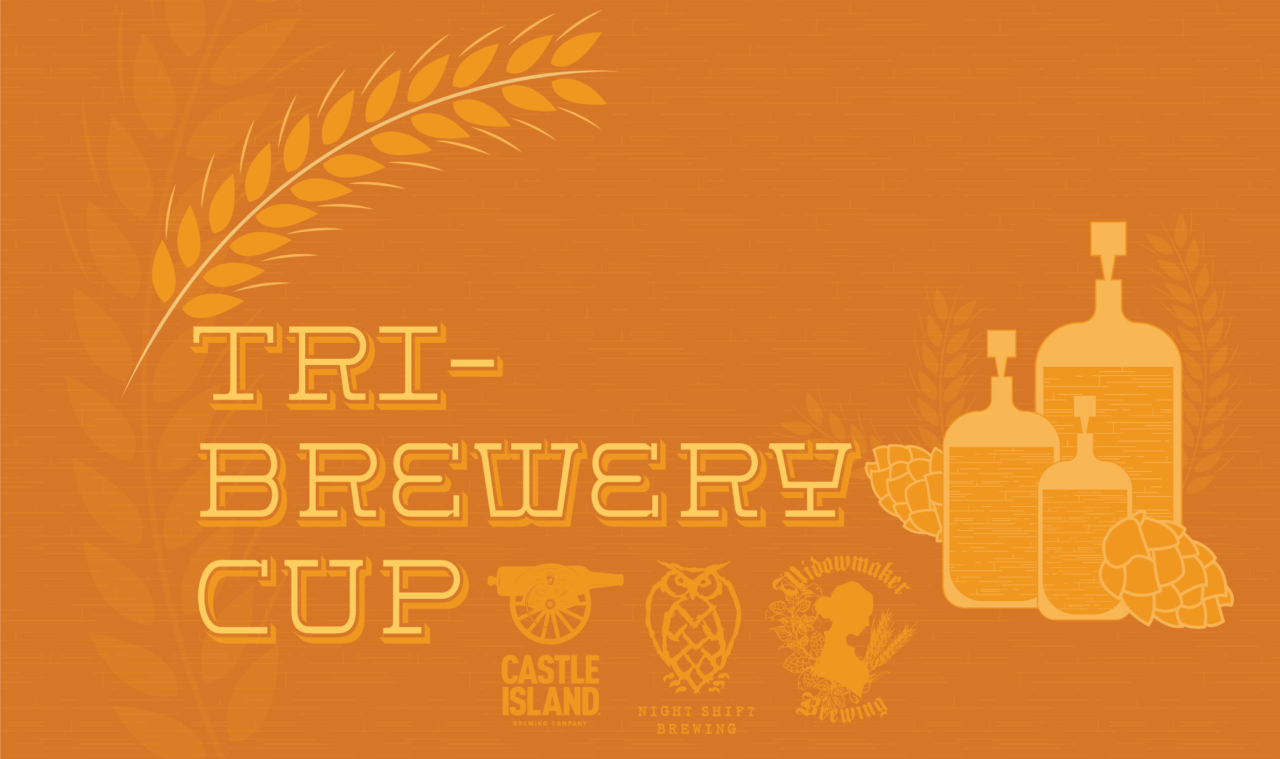 We’re stoked to announce the first ever Tri-Brewery Cup – a homebrew competition that joins the forces of Castle Island, Night Shift Brewing, and Widowmaker Brewing!

Now this isn’t your run-of-the-mill homebrew competition. We’re taking this to the next level and are giving the best of the best a chance at brewing on a professional system. The Tri-Brewery Cup is a two-round event where Castle Island, Night Shift, and Widowmaker will judge each submission and select the beer they want to back.

Once the Top 3 are selected and announced, the finalists will head to their respective brewery for a brewday with the Head Brewers and production team on Monday, 3/25. This is YOUR chance at getting up close and personal with the people behind the beer.

Now this is where things get interesting. Each winning recipe will get tapped at either Castle Island, Night Shift, or Widowmaker’s taproom on Thursday, 4/11. But, you ask yourself, how is a winner chosen? Well, this is where beer drinkers get to execute their power. The winner falls to a fan vote. Beer drinkers will have from Thursday, 4/11 to Friday, 4/26 to visit each taproom and vote for their favorite beer.

But, that’s not all! Castle Island, Night Shift, and Widowmaker are not only joining forces for this epic event, they’re also teaming up for a collab! Details will be announced in the weeks leading up to Saturday, 4/27, where this collab will get tapped and the ultimate winner of the Tri-Brewery Cup will get awarded the Tri-Brewery Trophy and have some serious bragging rights.

Need more details? They can be found at the Facebook event page: cibeer.co/TriBreweryCup. Enter for your chance at homebrew glory!!

ARE YOU OF LEGAL DRINKING AGE?

YOU MUST BE 21 YEARS OR OLDER TO CONSUME ALCOHOL, PLEASE ENJOY RESPONSIBLY.
© 2018 Castle Island Brewing Co., All Rights to Content Reserved.