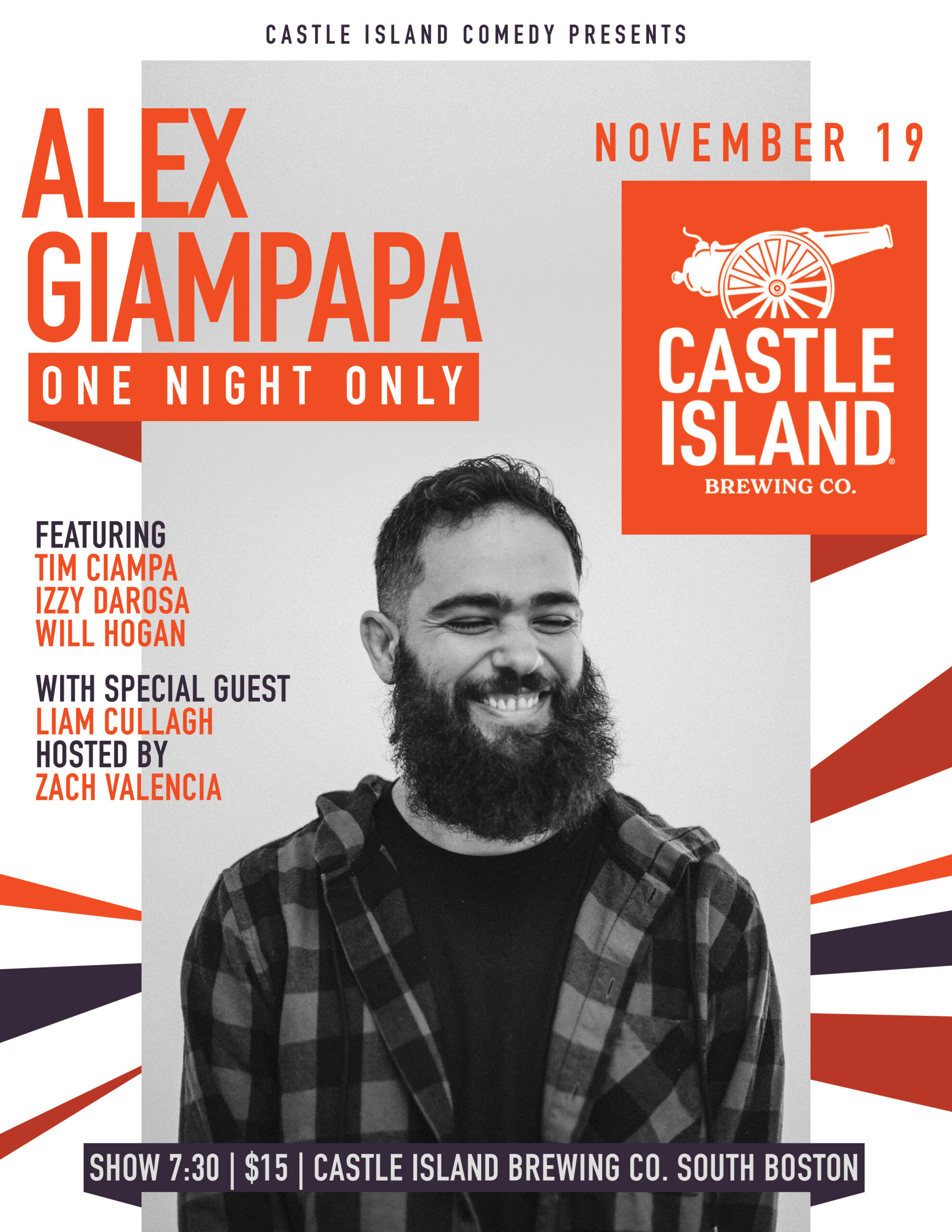 We’re going to have a hilarious night of comedy for our Friendsgiving party in South Boston! Alex Giampapa is here, featuring Tim Ciampa, Izzy da Rosa, and Will Hogan. But tickets ahead of time HERE.

Because we’re friends, we want to give you a sneak preview of SEVEN, our 7th-anniversary beer release. We will not be spoiling what style it is just yet; so you’ll have to come by to find out! 4 packs of SEVEN will be available. Get it while supplies last until we officially drop it on our Anniversary!