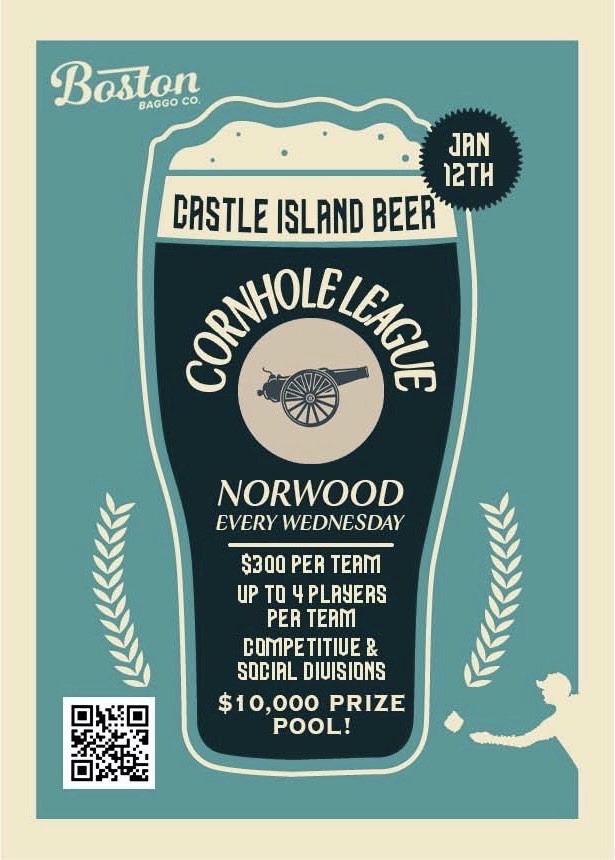 Beginning January 12th, Boston Baggo Company is bringing the League back, this time in BOTH TAPROOMS. That’s right, you can join the league in South Boston or Norwood this time. Here are the details:
Who: You! (& up to three friends per team)
What: A cornhole league with a 9-week regular season followed by the Brew-Hole Tournament of Champions on Saturday, March 12th, where you get a shot at the $10,000 prize pool(!)
Where: Our Norwood Taproom (indoors)
When: Every Wednesday from January 12th to March 9th
Why: To get out of the house during the dead of winter, have a few beers, and try and win some cash!
Ready to rip? Sign up here: cibeer.co/baggoreg
+ Google Calendar+ Add to iCalendar