Hard to believe it’s already been two years since we set out on this crazy journey to bring you great beer without hassle. All of the preparation and hard work we put in helped us accomplish so much this past year, and gives us much to be thankful for. Let’s recap with some numbers and highlights: 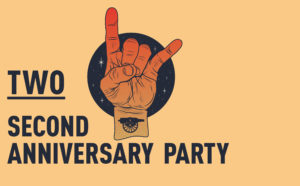 To celebrate our anniversary we’re rolling out TWO, our very special Imperial Stout. We want to make it a rager of a party, so we’re tapping variants and pairing them with some food throughout the day, including Cupcakes from Caked Boston and Tacos from Los Jefes: Next Level Eats.